PEOPLE’S LIBERATION PARTY-FRONT OF TURKEY: TO OUR PROLETARIAN COMMUNITY

YOUR CHILDREN FOUGHT IN THE MOUNTAINS FOR FREEDOM

The proletarian struggle for liberation against American imperialism and their collaborationist dogs can only be implemented with guerilla warfare. Imperialism and comprador traitors’ power can only be torn apart with an active struggle; only armed struggle can dispose of our country’s imperialist yoke, unemployment, poverty, and unjust, occupational wars. The road to our success is to organize and advance, in both cities and the wilderness, politicized soldiers on the basis of a strategy of war – to unite our armed and organized forces with the revolutionary potential of working people. We have already set out with decision and clarity. Independence, democracy, and socialism will only be won with the resolute will and determination of those who walk this road.

Today, American Imperialism, the oligarchical dictatorship and FSA gang leader Erdogan undertook broadly targeted operations in Pence-Kiran against guerilla held areas. The operations’ aim is clear, particularly to liquidate the guerilla and war that is the hope, will and future of Turkey and Kurdistan. If we cannot succeed to stop them, they will carry out their insidious and treachorous plan to deepen the so-called “safe zone”, “from the borders of Palestine to Syria, from Syria to Shengal”, pitting the Middle Eastern people against each other, and making permanent their hegemony on the Mediterranean routes. This is the insidious plan.

We are the obstacle in front of the insidious plan of the Anglo-Zionist and NATO Atlantic Pact. Because they know this they mercilessly and shamelessly attack the the children who are resisting for working people’s freedom. Facing poverty and unemployment and not wanting to be part of the squirming occupational-colonial war, the working people’s sons will most certainly join the guerilla fronts that are the will of hope, freedom, and the future. The working and labouring people’s patriots will definitely come to the frontlines of the Turkish people’s Liberation Front. The children of the working people, left with no other options, will make attack upon attack against the guardians of your Sultanate and Wealth, and the enemy of the people – the NATO legion army TSK. With certainty, the true and rightful source of this war force’s destruction will come to the mountains.

We vouched for and joined fources with the brave working class youths’ resistance in Gezi in 2013 – a resistance that made clear the revolutionary potential of the working people – as well as the attack directed on the Kurdish people and Kobane in 2014 by the missus of American imperialism’s Middle East project,and the 2018 Nato member Fascist Turkist state attack against the Syrian and Kurdish people in Afrin. And we bore witness to the those who executed this historical resistance.

We, at the same time a slice of the 20 July 2015 bombing, PARTI-CEPHE’s line and political struggle, at its highest point of effectiveness and form, named its Gerilla War (Kir). We made this name active with the working people’s “Children”.

As THKP-C/MLSPB, (People’s Liberation Party-Front of Turkey/Marxist Leninist Armed Propaganda Unit) we have been armed in guerrilla areas since, and we became the will of the struggle and guerrilla war. Shaped in this will our comrades during Afrin attack against the NATO occupation army, Turkey People’s Liberation Front, together with the Syrian peoples , fought against fascism. In this war, Comrade Ramazan was martyred. In this war our comrades in the guerrilla unit (Tamer Kasabalı) Fırat Yıldırım, (Mahir Ernesto) Muhammed Tiril, (Çayan Kızılbaş) Umut Özsepet and THKC Guerrilla, the most important factor in founding the union and commandership of the party, our comrade and member (Alper Koçer Çakas) Fırat Çaplık on 16 September 2019 when the invading Turkish army attacked the Kurdish Defense Areas martyrs.

“The fallen do not stay behind, they are in the working people’s hearts, souls, and consciousnesses, they live on as revolutionary leaders and symbols. Every Guerilla that falls in struggle becomes part of the base for the revolutionary storm.

We call on all peoples; first of all, we invite individuals who are part of the THKP-C/MLSPB, who carries the feelings and thoughts of the party and also are calling to all sympathizers, supporters and revolutionary friendly forces. Commemorate the pride and longing for the liberation struggle of the children of the people. Wherever you are, embrace and commemorate our comrades and martyrs using all possibilities. Commemorating them means fighting.

Commemorate them,to strengthen and unite People’s Liberation Party-Front of Turkey. We THKP-C/ MLSPB guerrillas, the murder of the children of our families of martyrs we share their pain deeply as comrades and we promise the working class. Those who gave us this pain; firstly fascist Erdogan and Bahceli and those responsible for authorizing and signing off on these massacres will suffer the same pain.

WAR UNTIL THE END 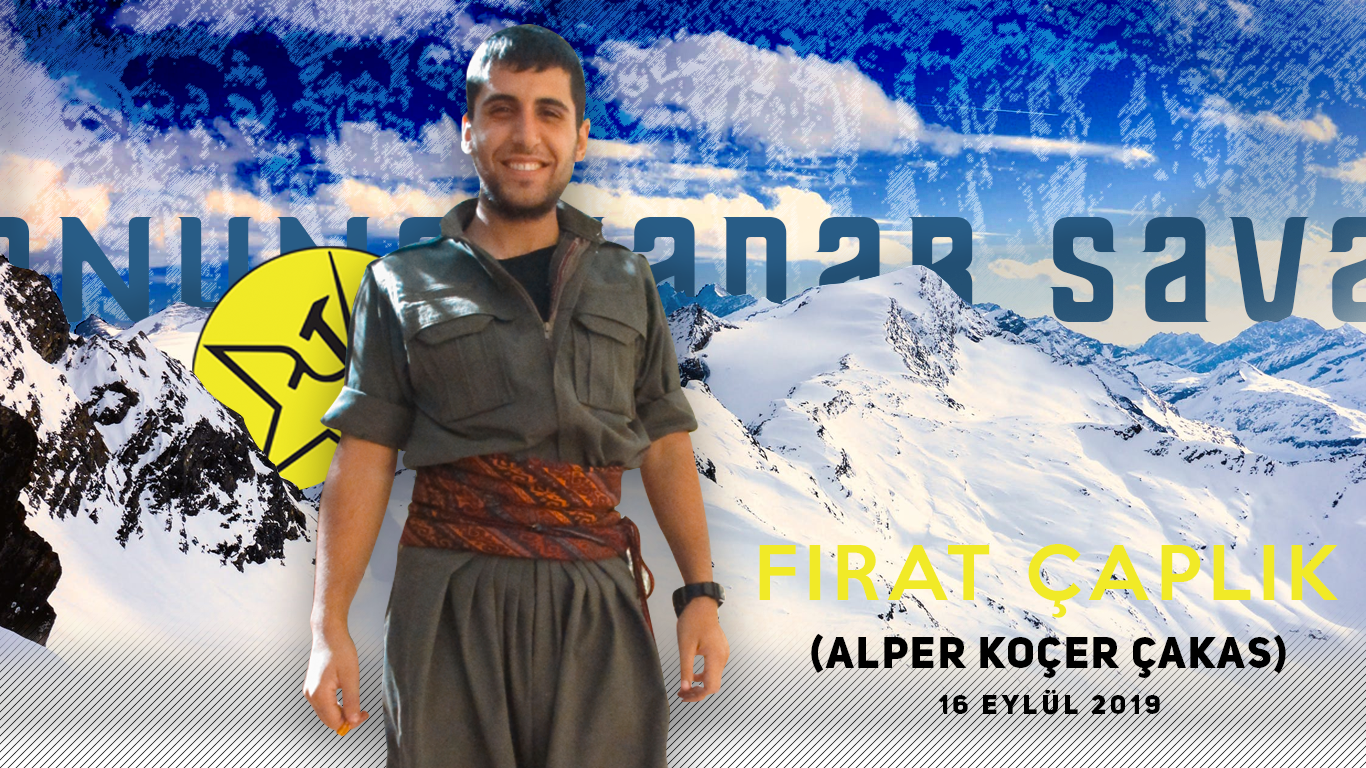 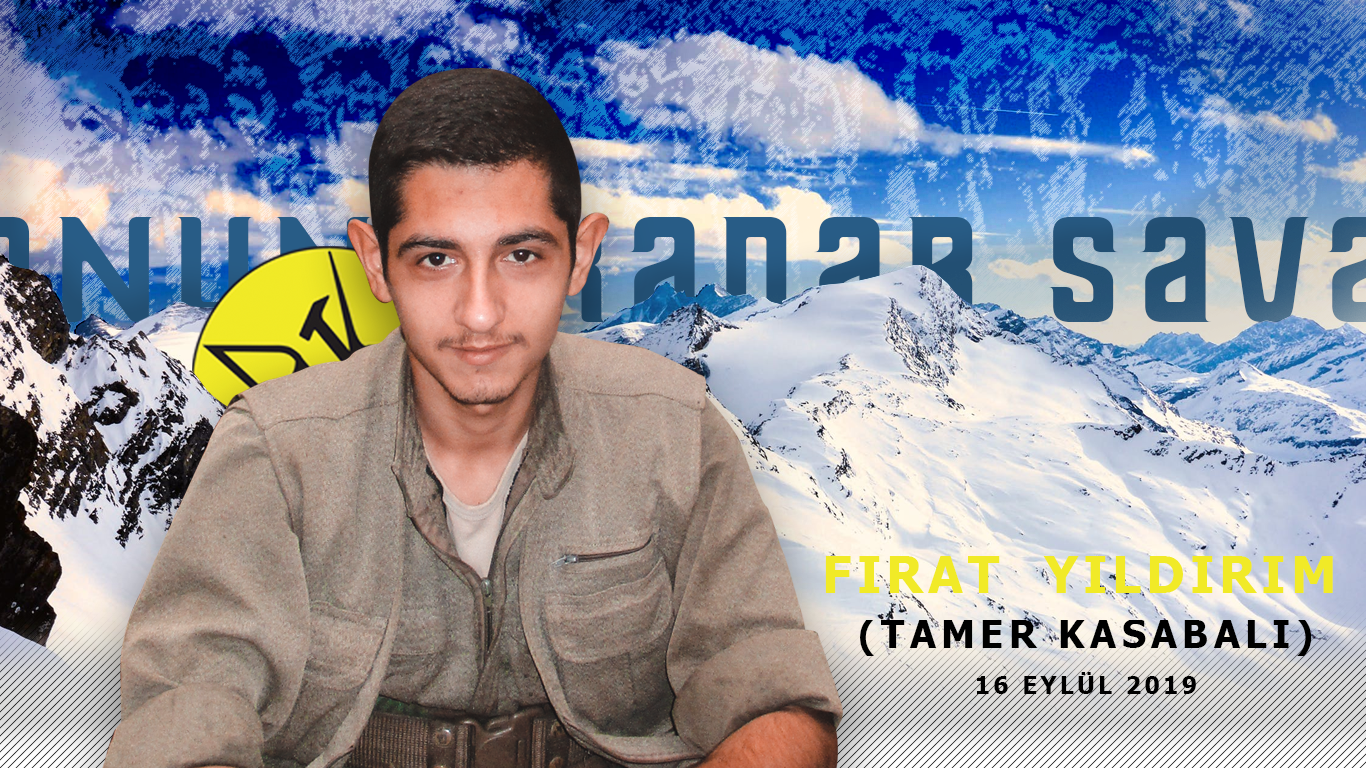